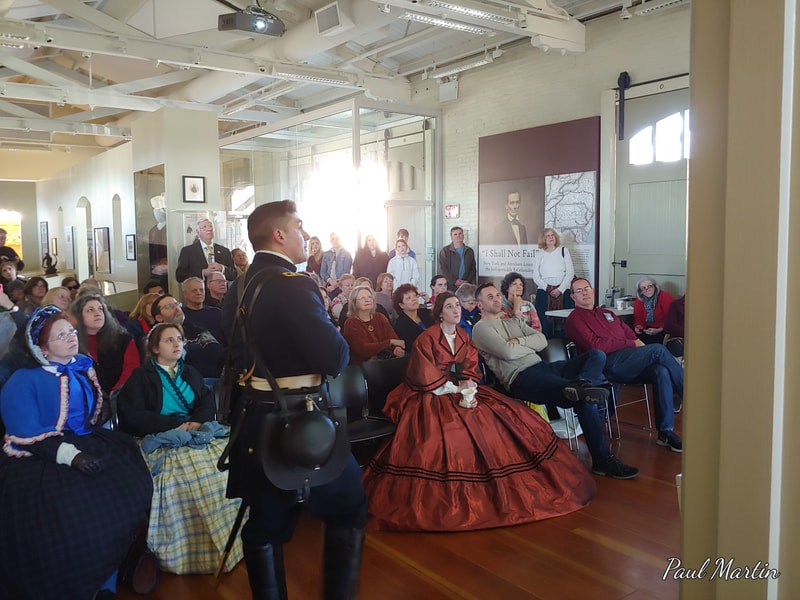 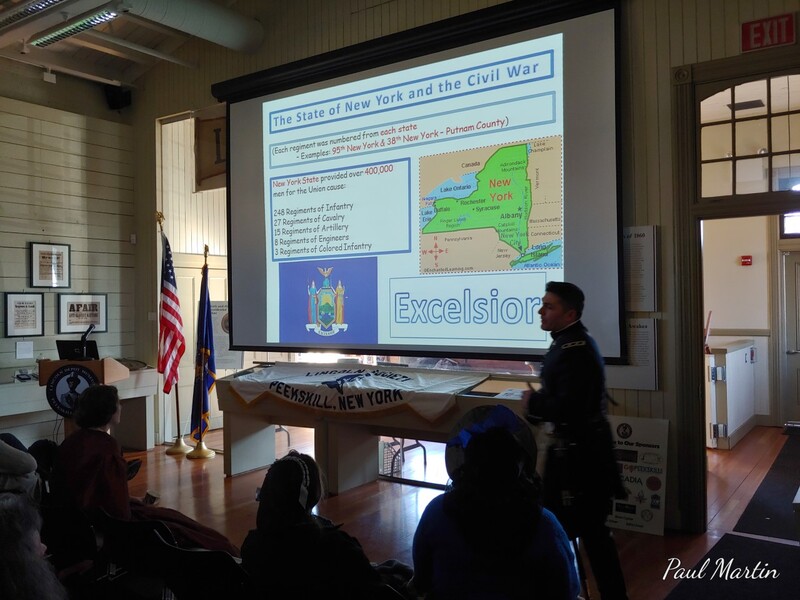 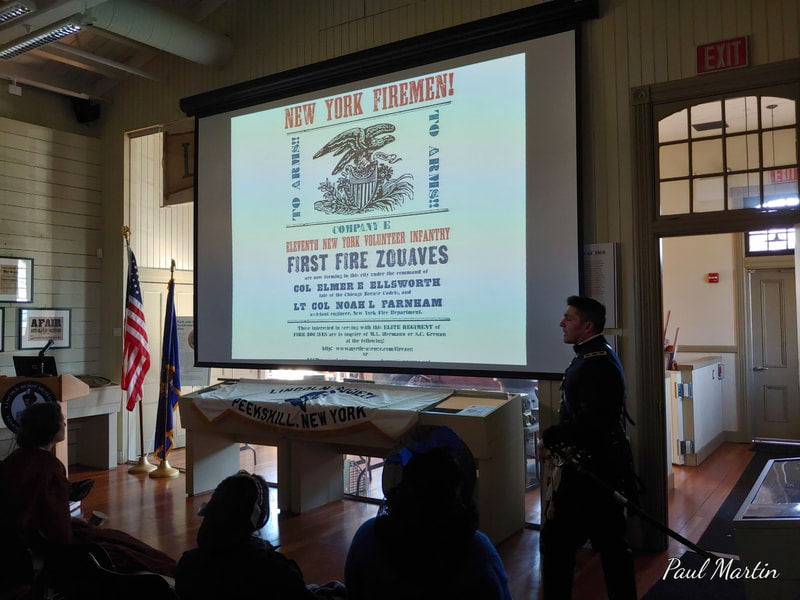 11:30AM meet at the Lincoln Exedra Monument on South Street overlooking the Museum for a brief ceremony and wreath laying commemorating Lincoln’s visit.  We will then proceed in parade-like fashion to the Lincoln Depot Museum where we will re-enact Lincoln’s welcome and speech during his stop in Peekskill, along with other ceremonial proceedings, starting at 12:15.

Stay on for our featured program:
“Lincoln, New York State and the Civil War” The Indispensable Relationship
At 1:00 PM presented by historian Rob Buccheri.

The State of New York during the American Civil War was a major influence in national politics, the Union war effort, and the media coverage of the war. New York was the most populous state in the Union during the Civil War, and provided more troops to the Union Army than any other state, as well as several significant military commanders and leaders. Generals such as Darius Couch from the town of Southeast and Gouverneur Warren from Cold Spring represent leadership born and raised in the Hudson Valley. Abraham Lincoln campaigned hard in New York State to win the election of 1860 and made several visits to New York City and the Hudson Valley before and during the war. New York State also produced an immense amount of war material from its factories such as the West Point Foundry in Cold Spring. Construction facilities in Manhattan and Brooklyn produced the USS Monitor with its innovative moveable turret.  In short, New York’s contribution to the winning of the Civil War was unrivaled….and “Indispensable!”